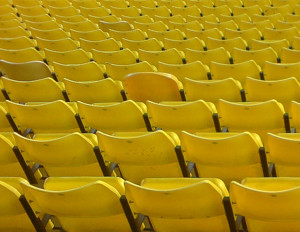 It seems like a lifetime ago that we were writing the pre-season view since so much has happened this season and all of it positive. At that time we were getting very positive messages from the new owners and their management team but things were still in a state of flux with the delayed takeover of the club. We knew that the academy was seen to be important but that has been reinforced by giving several of our talented scholars 5 year contracts. The family nature of the club was recognised but not fully understood by the new owners. The family days changed that and Scott Duxbury was particularly excited after experiencing Watford’s unique family feel.

We have had regular meetings with the club management and we have been very impressed with their plans for a sustainable club.

We have had regular meetings with the club management and we have been very impressed with their plans for a sustainable club, and in contrast to the previous year, their openness and willingness to share what they were doing and the philosophy behind the plans. Some of the plans have had to change and projects delayed but we have always known why and there has always been a good reason. This inspires confidence that the new owners not only see Watford as their number one priority at this time but that they will create a sustainable and secure future for the long-term. The way in which the new season tickets were handled certainly confirmed that filling the ground was a key objective and who would have anticipated that the family stand would be sold out by the end of May.

Pre-season we acknowledged that Gianfranco Zola was a very good coach but that he would need to adapt to the demands of the Championship, which is so different to the Premier League. Even with so many changes in playing staff he has managed beyond anything that we had anticipated. His relationship with the players and the way that they want to do their best for him as well as themselves and the fans is a testimony to his quality and personality. This squad are Watford players and not just temporary journeymen as many in the press would have had us believe. We have seen the best football that we have witnessed at Vicarage Road and we have certainly been entertained by the most entertaining team in the Championship.  Although the play-off final was a disappointment we have to remember we have a very young and inexperienced team and getting to the final when so much seemed to be going against us was fantastic. Who will forget the home semi-final against Leicester and how Zola, with the help of the fans, managed to get the players up after the disappointment of the Leeds game when the world seemed to be against us. Now we need to support the team in the new season and be patient again even though there will be significantly greater expectation.

The charges brought by the Football League following discoveries about the actions of the previous owner were only a small concern and the judgement showed that the new owners were exonerated from any implication in wrong doing. We now wait to see whether the League officials will be content and allow the club to follow procedures and make the signings we need with the minimum of delays.

We are delighted with the initiatives to create a singing section and well done to Roy of The 1881 (www.the1881.com) for organising this. In addition the club have signed up to a willingness to investigate safe standing. We have had discussions with the club on these initiatives and we are very supportive of both. We have been involved with the latter for a while through the national association of Supporters Trusts, Supporters Direct. It will be great to see the South West corner progressing and we wish the club luck in finding a partner for the redevelopment of the East Stand. This will be very important if we achieve promotion to the Premier League for several reasons and we hope to get the chance to work with the club and supporters to provide feedback on the proposals when they are available.

We will be looking forward to the new season and the Trust will do all it can to help and support the club in the second year of the new era.

The Takeover: One Year On
Scroll to top