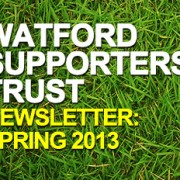 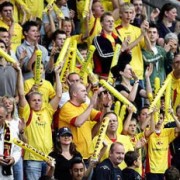 Our April 2012 Newsletter has been emailed to members for whom we have an email address.  If you haven’t received yours, please contact us through this website with your email address.

Look out for Supporters Trust page in the program for the Hull City match. This is provided for us as part of our sponsorship of the BEST project.

Ten years and counting! The WST was formed ten years ago. So it’s not just Lloyd Doyley who is up for a testimonial! The first WST public meeting was on 4th October 2002 at Bill Everett Centre with the Trust originally founded in September of the same year. As a reminder, the principle aims and objectives for the WST are:
Do you follow us on Twitter? @WFCSuppTrust
https://watfordsupporterstrust.co.uk/wp-content/uploads/2015/08/newsletter-cover-300x232.jpg 232 300 chrisforte http://watfordsupporterstrust.co.uk/wp-content/uploads/2015/08/wst-logo-padded.png chrisforte2012-04-11 07:47:092015-08-05 07:47:59WST Newsletter: April 2012